Zac had over 15 years of experience in Elite Sport and Start-Up business and is now using his knowledge and experience to support and guide others.

Zac’s 10 year career saw him achieve the pipinnicle of world sport – Olympic Gold. He also include on his list of career highs an Olympic Silver medal, 3 World Championship titles, and both World and Olympic records. During this time Zac was lucky enough to work with the worlds best team of technical coaches, analysists, psychologists and strength coaches.

After the Olympic Games in London 2012, Zac set about using his experience as an Athlete to support others trying to improve their lifestyles or personal sporting performances. He quickly found that watching his clients improve gave him a great buz of what it was like to be back on the water again.

The Brand ‘Zacs’ was born in 2016. Soon after it launched its first fitness studio in Marlow, Buckinghamshire. The concept was simple and hasn’t changed. Fitness classes to support all ages and abilities in convenient High Street locations. No membership fees, no joining fees, just great pay-as-you-go classes with top quality instructors. It won its first national award within 12 months of opening and now has over 1700 members

‘Never underestimate the Power of dreams’

Zacs Olympic quest started out without him realising it. From the age of 8 he was regularly swimming at Tewkesbury Swimming Club building a great level of base fitness from an early age. He then discovered Rowing at school and joined Upton Rowing Club at the age of 13 to learn the basics before being allowed to start the sport seriously at school. Winning his first International Event in Portugal at the age of 16 set the stage for a career littered with medals.

Upon leaving school, and with places at University secured, Zac took a gap year to focus on training and racing. That season he won the U-23 World Championships and was invited to join the Senior Team in Japan where he came home with a Wold Silver medal. This cemented the dream and meant further education took a thoroughly back seat.

2006 brought a fresh challenge in Zac’s first full season as part of the top group of athletes in the British Rowing Team. Early in the season he suffered a serious injury to his wrist which meant a plaster cast and no rowing for 4 months from February to May. This counted him out of any selection for a crew boat so Zac targeted the Lightweight Single Scull at that years World Championships. Just 3 months later Zac gained his first senior World Championship Gold Medal and set the Word Record at the same time.

The next challenge was to create a partnership that could go all the way to winning the Olympic Gold Medal. Thought the next few months of training with the top rowing athletes in the country he partnered with Mark Hunter for a very cold and icy row between Christmas and New Year. The partnership was formed. He and Mark knew within a few strokes that this was the crew to race the Lightweight Double Sculls at the Olympic Games in 20 months time, they just had to convince the selection panel with successful race results.

In the build up to the Olympic Games in 2008 Zac and Mark were unbeaten – the only crew in the world to achieve this feat, and were therefore favourites for the Olympic Gold Medal. When it came to the last race of the season the didn’t disappoint, winning Olympic Gold in Beijing and setting a new Olympic Record at the same time.

After The Games both Mark and Zac took time out to reflect on a career so far but with the draw of a home Games just around the corner, both decided to return fully in 2010 with the aim of defending their title at London 2012.

The seasons of 2010 and 2011 followed very similar patterns. Both Mark and Zac were suffering with on-off injuries and training was affected, limiting their time in the boat together. Despite inconsistent results during the World Cup Series (often not even finishing in a podium position) they went on to claim two more World Championship titles in both Slovenia 2010 and New Zealand 2011.

London 2012. The year the entire country had been building up to. Zac and Mark were completely committed to performing on the 5th August 2012 and spent the year making every little change they could to improve their performance. Unfortunately they were both dogged by minor injuries again leading to more missed training and a final rush to get prepared for the racing season. Despite winning the first of the World Cup series they came last in the final for the next two events. With the Olympic final less than 7 weeks away they new they would have to pull out all of the stops to turn it around.

The first round and the semi-final went according to plan and Zac and Mark found themselves in the final having won two races on the Olympic lake at Dorney. The final was wet and windy and draw again the worlds best Zac and Mark were determined to turn their season around and show the home crowd a fantastic race. During the start Zac suffered equipment failure with his seat and requested a restart. This was granted by the umpire and the six crews lined up on the start line for the second time. Despite leading the race for 1800 of the 2000 meters the duo finished second, just 06 seconds behind their closes rivals Denmark.

Despite being distraught at the time and still disappointed with the outcome of the race, Zac reflects on the season as a whole and is proud of the way that he and Mark, along with a large and dedicated team of coaches and support staff were able to improve from 6th to 2nd in less then 7 weeks.
Just imagine what could have been had they had 8 weeks…

The Secrets to Success

Thorough Zac’s career he has encountered setbacks and obstacles. He believes there are four crucial processes to ensure that these can be turned into positive experiences

Before learning from less then satisfactory outcomes we first have to accept the fact they have happened, and know that they have to be dealt with. No more head in the sand!

In order to gain full benefit its crucial to analyse not jut the event but the build up to and immediately after it to see if any patterns can be identified and recorded.

Understanding is where human nature meets data. There is a huge amount of impact on outcome from human psychology and it would be foolish to bypass this crucial part of the process.

Arguably the most important part of the process, learning helps to prevent ‘losing’ situations from happening again. It won’t stop them from happening, but put you in a better place to spot them and deal with them before they occur.

‘Because of you, I didn’t give up’

Since retiring from the all encompassing life of Elite Sport, Zac has spent his time supporting and helping a wide range of individuals develop their physical ability

During his time as a personal trainer Zac could see that the Fitness Industry was broken. Too many people pay for gym memberships that they just don’t use.  They don’t enjoy working out, and don’t have motivation or accountability to continue with their goals. The solution seemed simple. Create an environment where everyone was welcome no matter age or ability, provide top-quality instructors  to support, guide and encourage and don’t charge membership fees!

Zacs was born. Classes with a maximum of 10 people. No joining fees, no memberships. Pay as you go. Fitness programmes design by Zac to enable everyone to become more active and healthier. The first Studio on the High Street in Marlow, Buckinghamshire began turning profit at month 14 and 4 years after launch has over 1700 members . 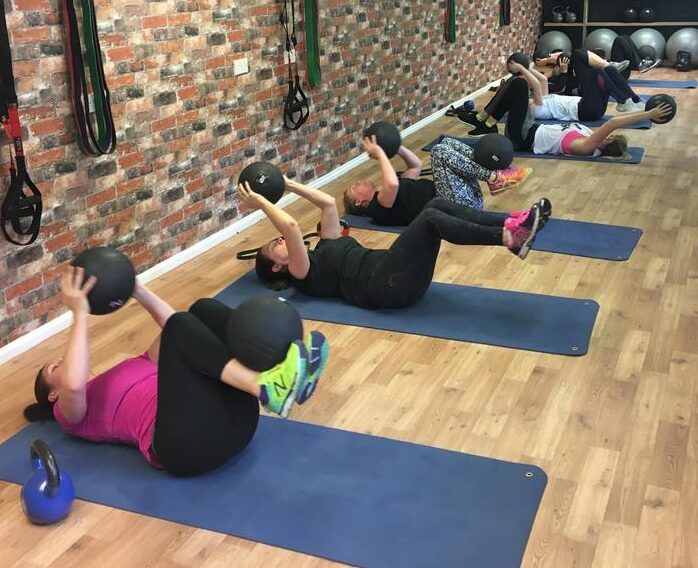